Poppy Pennington
Categories: Blog & Fashion
Be the first to comment

Jean Paul Gaultier, the 'enfant terrible' of fashion, ended his 50 year reign of couture catwalks with a final show at the Théâtre du Châtelet in Paris which featured a mind-blowing 70,000 Swarovski crystals.

Gaultier has worked closely with Swarovski for decades, even creating his very own crystal, the Kaputt, meaning “broken” in German – a reversible, duo-toned Cubist stone that defied the usual expected perfection of crystals in classic Gaultier style. The show also served as a launching point for the designer’s A/W 2020 collaboration with Atelier Swarovski, built from the perfectly imperfect Kaputt stones.

The extravaganza included some of Gaultier’s favourite models, muses and musicians, from the incredible Dita Von Teese, to the Hadid sisters, to Boy George and even Antoine de Caunes, co-host of the infamous – and hilarious - Eurotrash.

The renegade designer Swarovski’d everything from corsets, leather jackets, jewellery, mini-dresses to his classic gender-bending tuxedo designs. Most of his looks were upcycled from previous haute couture collections, and the show was underpinned by a message of sustainability – after his criticism of fashion waste last year, Gaultier has been on a mission to encourage his audience to recycle and upcycle their clothes.

I was lucky enough to see his Fashion Freak Show at the Folies Berger theatre in 2019, an autobiographical musical catwalk extravaganza that – in true Gaultier style – was as funny as it was touching and beautiful. The foyer showed some of his most fabulous show pieces, including a rhinestone-encrusted pink top hat and rhinestone tattoo body suit. 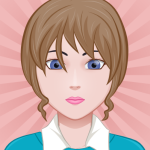 Poppy is the heart and soul of Crystal Parade and has been helping her customers sparkle and shine for many years! With a passion for all things crystal, Poppy is always on hand to offer tips and advice for your next glittering project.